Retrograde seasons are periods for reflection, growth and learning by embracing a new perspective and letting go of something you have been holding onto.

In the normal course, Venus represents generosity, the sweetness of life, and the experience of love being received from the divine realm. As Venus moves forward through the zodiac, she brings gifts and sweetness wherever she goes, softening tensions and lifting our spirits. This energy rules abundance, grace & generosity.  But when Venus is in its retrograde cycle, this energy is reversed, so it’s a time when the ‘dark side’ of love reveals itself more strongly.

Instead of experiencing Venus’ usual empowering energy, the retrograde period instead can bring feelings of fear, jealousy, possessiveness, revenge and even infidelity.  The way I would summarize the energy of Venus retrograde is that it is a time to remember that you are being called to give yourself the love, validation or acceptance you have been seeking from others.

KEY THEMES OF ALL RETROGRADES

Find more detail on the meaning of ‘retrograde’, with an explanation of what’s happening in the sky, at the end of this article.

Venus is retrograde less frequently than any other planet in the solar system.  Her last retrograde season was from late January – late May 2016; after this year, she will not be retrograde again until May 2020.

Although most people look to understand what’s happening only during the time when Venus is actually going to be ‘retrograde’, it’s SO helpful to understand how we are influenced by retrograde ‘vibes’ during this ENTIRE period.

When we learn to flow with astrological rhythms, we maximize energetic support for our actions and minimize ‘resistance’.  We can do this by avoiding actions which aren’t supported by retrograde energies.

Venus retrograde calls us on an evolutionary journey that encourages us to grow through a shift in perspective.

In the Zodiac, Venus rules Taurus and Libra.

During Venus Retrograde, fated events and repeating themes will reinforce where the soul is being called to evolve, related to one or more of the above expressions that Venus rules.

The 2018 Venus retrograde season occurs in Scorpio and Libra.

Scorpio rules inner workings of the mind, psychology, mystery, sex and intimacy, power and money, intuition and our deepest darkest emotions. Under the influence of this energy, partners in relationships can explore the realm of their deepest darkest desires as well as memories and past traumas.   Venus in Scorpio represents the desire for security that comes along with deep bonds of trust and intimacy.  It desires the joint commitment between two parties that occurs when both put the needs of the partnership before either individual.  Even if there has been no conscious agreement to this end, Scorpio energy tends to ‘expect’ total dedication from others in relationships, and can easily be disappointed as a result.  Scorpio is ruled by Pluto and Mars.

Libra is ruled by Venus, and this energy governs diplomatic discourse, cooperation and our artistic sensibilities.  It naturally seeks peace, balance and aesthetic.  In relationships, this energy (like Scorpio) tends to put the needs and desires of others before its own, as it prefers to co-create in harmony rather than impose its will unilaterally upon others.

‘Symptoms’ of Venus Retrograde Include;

When we don’t feel the divine grace Venus typically bestows upon us, our sense of confidence can suffer.  The dark side of Venus can bring up regret, rage at past experiences of betrayal, or a general sense of ‘lack’ about your own self-worth.  Avoid the temptation to spend a lot of money on a new wardrobe or expensive beauty products to enhance your image.  If you’re feeling this way, know that you are being called to look inward, to address the sources of negative self-talk and to let yourself off the hook for not being ‘perfect’.  At the same time, take it easy and try not to take life, work or relationships too seriously – during Venus retrograde you might have a distorted sense of what needs to be proved about yourself to others. 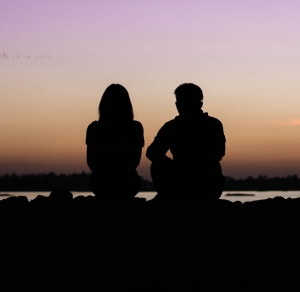 OKAY, this one can be a doozy!  Venus retrograde can be a time when every little thing your partner does gets right on your nerves!  Yikes!  During this time, be prepared for the weak areas in your relationships to be felt more strongly, which could be on a relatively minor scale, or could require dealing with larger issues like jealousy, fear, past betrayals or forms of self-sabotage that might be present.  Issues that have been present, but ignored or unresolved can suddenly come to the surface in a big way.  If and when this happens, try to get ahead of your ‘triggered responses’ and realize that you’re being shown what needs to be addressed to ultimately strengthen the foundation of your relationship.

Be patient with your partner and know that this time is meant for exploring, listening and forgiveness and compromise.  Both partners may need to speak up about their needs, desires, values and goals – and this can take time to work through.  You may both be afraid to lose each other, which is why you’ve been avoiding the difficult confrontations that are required to work through your biggest challenges.  On the other hand, this is an important time to evaluate how your life is truly being fulfilled by a relationship versus the sacrifices that it may be demanding of you – and you may need to make the tough decision to choose yourself over an unhealthy relationship if it can’t be remedied.

As retrograde is a time for looking to the past, you may hear from an old flame, or be tempted to reach out and make amends with an ex.  On the one hand, you may finally be able to work through and resolve issues that had seemed irreconcilable in the past.  On the other hand, retrograde may be making an ex seem like a good match temporarily, and it’s possible this feeling can wear off after the retrograde season has passed.  Have a curious, open mind and remember this is a time for evaluating the relationship, without attachment to any specific outcome.

While this is a great time to spend working through tough spots in your relationship, it’s not a good time to start a new relationship, or to get married or engaged!  Remember this is a time for tying off ‘loose ends’ from the past rather than investing your energy in future-oriented pursuits.

Overall, it helps to be mindful of your own impulses during this time and whether or not they are coming from a place of not feeling loved or not feeling worthy. Venus in retrograde brings up these feelings for us and those are typically what cause the ‘dark side’ of her energy to come out.  Have compassion for your partner as well; as you find yourself entrenched suddenly in an argument, or on the other side of a lost temper, remember that there are always underlying factors of which anger is merely a symptom.

Since Venus rules wealth and material success, this can be a time when you look to former business pursuits as a renewed source of income. It can also be a time for rekindling business projects that have been left unfinished for some time.  On the other hand, it’s not a great time to launch new business pursuits, or new business relationships.

The dark side of Venus brings up feelings of lack about wealth – it’s literally more difficult for us to tap into a sense of abundance during this time.  Money can feel REALLY tight, and you are more susceptible to stress over income, investments, savings and/or debt.  If you’re feeling this way, breathe.  You’re not alone.  Try to take a step back and realize that some of what you’re feeling is being intensified and can ‘feel worse than it really is’ – at least allow for that possibility.   During Venus retrograde, you’re being called to reflect on your relationship with material wealth; what expectations do you have for yourself and from where have they originated?  What is ‘enough’ and what are you willing to do in order to obtain it?

Avoid making risky investments or big-purchase items during this time!!  On the other hand, it can be a great time to review and take steps to reduce your monthly spending habits so that you can ultimately feel more security.

The ‘Lucifer period’ of Venus retrograde is typically the last 2 weeks before Venus stations direct.  This can bring up the darkest and most intense experiences of retrograde, when you are more susceptible to ‘despair’ and when it can be most difficult to have faith.  For the 2018 Venus retrograde season this time will be from November 2-16th.

THE MEANING OF ‘RETROGRADE’

The word ‘retrograde’ literally means ‘to step backwards’ and this term is used in astrology to describe the times when, from our perspective here on earth, a planetary body is observed to be moving counter to its normal direction of orbit.

During a retrograde cycle, the energies which are expressed by that planetary body have a more ‘introspective’ focus. The usual ‘forward’ momentum shifts, encouraging us to ‘look backwards’.

A retrograde cycle has 3 phases:

(1) Pre-shadow phase – the influence of the retrograde energy starts to be felt and grows stronger with each day. The planetary body which is about to go retrograde will be passing back over the path which it is currently transiting when the planet is in the retrograde phase. During the pre-shadow phase, the orbit slows down until it eventually reaches the point where it will switch directions.

(3) Post-shadow phase – the influence of the retrograde is still felt but starts to slowly diminish with each day. The planetary body is moving forward again, retracing its steps for the third time over the same path. It’s moving slowly at first (it is said to be ‘sleepy’ during this time) but with each day it picks up speed until it fully resumes its normal pace.